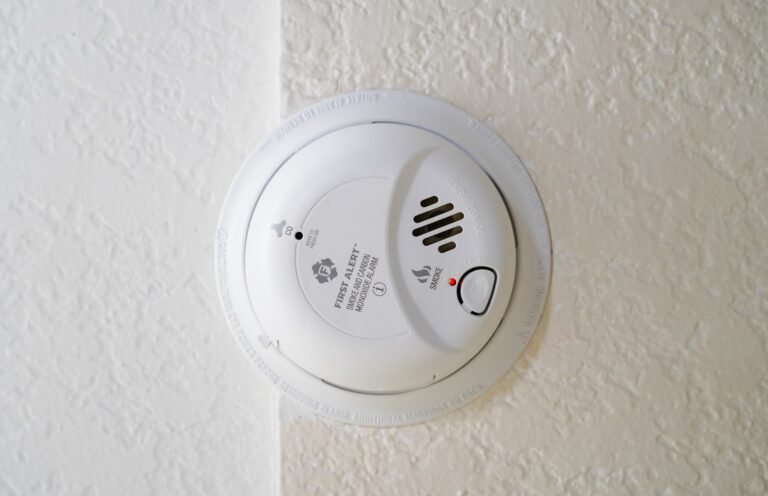 Smoke detectors are security gadgets that alert you of any possible danger of smoke or fire. They are pretty common and used daily. Since they are used everywhere,  be it at home, hotel/ AirBnB rooms, or office spaces, people do not give these gadgets a second thought. It is for this reason that smoke detectors are increasingly being utilized as hidden cameras.

The cameras can be used for basic home security, for example, to monitor infants, babysitters, or anyone entering their house in their absence. In some cases, it is also used for spying.

Hidden cameras can be found in rented apartments. A landlord may want to spy on his/her tenants and use surveillance cameras anywhere in the house. This may be because he/she wants to be sure that the property is being used legally by the tenants.  Hotel rooms are also a hotbed for hidden cameras.

Hidden cameras are small enough to be hidden in fixtures and fittings and they come very cheaply. With a secure WiFi or cellular connection, they are also able to send pictures and video footage far afield, if you do not catch them.

While removing these cameras might be difficult, you can surely monitor your apartment or hotel rooms to ensure that you are in a surveillance-free zone and your privacy isn’t being invaded.

How to tell if the smoke detector has a hidden camera

A hidden camera is disguised as a smoke detector to record footage. This requires a lens that provides a clear view of the room. Look for smoke detectors that are located in regions where a lens can see the whole room or space. Though the camera lenses can be quite small, they can still be seen.

You can look for something that looks identical to a mobile phone lens. To get a clear view, you can brighten the room or beam a bright spotlight on the smoke detector. This will make the lens appear like a little black dot.

Most smoke detectors are battery operated or require a low amount of electricity to operate. Smoke detectors that are battery-operated have a low chance of having a hidden camera. This is because cameras that run continuously will need to be connected to a continuous power source.

Cameras can also be operated on batteries and have additional WiFi abilities.  However, cameras that run continuously and have recording features may have wires attached to a continuous power source or a recording device. If you see a smoke detector with more wires attached than usual, this could indicate that there may be a camera present.

3. Position of the smoke detector

If you spot a wall-mounted smoke detector, it will be wise to inspect if it has hidden cameras. This is because wall-mounted devices can be used for surveillance from a different angle, which is much better than a ceiling-mounted device.

You can also find out if there is a hidden camera in your smoke detector through your phone. This is pretty simple. You can start by standing by making a phone call to one of your friends or family members. Take a walk around the room, while doing so.

Normally, hidden surveillance emits a particular radio frequency that interferes with your phone call signal. Whether you observe signal interference when you are near the smoke detector or a certain location, come to a halt and inspect the area thoroughly to see if there is a hidden security camera there.

Most hotels and apartments have WiFi connections. If there is a hidden camera installed in the room, it is most likely that the camera is also connected to the Wifi. So you begin by scanning the Wi-Fi network for devices that appear to be cameras.

There are some mobile applications that allow you to do this. One such app is Fing that works on both iPhone and Android phones. Once you have downloaded and installed this app, you can see the list of devices that are connected to the network.

Apart from your devices ( laptop, phone, tablets), you’ll want to keep an eye out for anything that shows a camera manufacturer (like Nest, Arlo, or Wyze), or lists them as “IP Camera.”However, this will only provide results for cameras that are linked to.

If you have tried the above steps and have not located the hidden camera, you may also use the camera on your phone to look for night vision cameras. The idea behind this is that most cameras use infrared for night vision. While infrared rays are invisible to the naked eye, they can be captured on your phone if you get your phone’s camera setting right.

Some smartphones include infrared light-blocking filters on their primary cameras, but just a handful have filters on the front cameras. Grab an infrared remote like the one you use to control your TV to figure out which camera will work best for you.

Press a button while pointing it at the primary camera on your smartphone. It can detect infrared if you see a light on the screen. If not, try using the front-facing camera again. Once you have decided which is the best camera to use, turn off the lights in the room you want to inspect.

Then, with your smartphone’s camera turned on, begin searching for any bright lights near the smoke detector or anywhere else in the room you suspect might have hidden cameras.

Because IP cameras do not come in typical configurations, you may observe one, four, six, or any other number of lights. They’ll usually be purple, although they might sometimes appear white. You won’t have to be in close proximity to the covert camera.

Another way to be sure that you are not being watched in your hotel rooms or other locations is by using an anti-spy detector. An anti-spy detector senses unexpected radio frequency (RF) signals emitted by the sharing of the data. This is also useful in spotting other live snooping tools, like GPS trackers.

Nowadays these devices are available to purchase online or in stores. You can walk around your room and house to look for unusual sources of RF emissions.