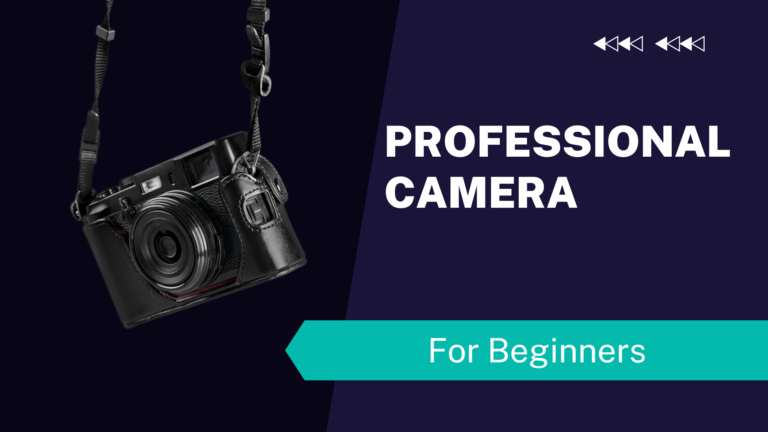 If you talk to someone who owns a DSLR, then the words that fly out of their mouth can create more confusion than clarity. There are the traditional DSLRs and then there are the mirrorless cameras.

You will want to know which lens to use, and how many you need? How much should you expect to pay? And are there any cameras that bridge the gap between the kind of photo taking you did with mobile phones and the kind of photography you would do with a professional camera?

Read through our guide and have all your questions answered. We will go through each camera on the list, and discuss the specification, and more importantly, how they matter to a beginner photographer.

We have scoured through the portfolio of top camera manufacturers and brought back the 7 best cameras for beginners. All cameras on the list are great, and each makes a compelling case.

A DSLR is a digital single-lens reflex camera, and it is a popular choice for enabling interchangeable lenses on the same camera body.

Most entry-level DSLRs have sensors that are 1.6x larger in size than a smartphone. And this becomes one of the main reasons that new photographers eventually upgrade.

Regardless of the optical capacity of your camera, you are limited by a single lens. And as your photography skills increase, you can add more lenses to your camera setup. That is the moment when an interchangeable lens system, like a DSLR, becomes critical.

Canon is a market leader in cameras, especially DSLRs. And beginnings cannot look better than what Canon has to offer. The Canon Rebel T8i is the latest product in the Rebel range, it was preceded by the T7i, which is a good camera as well.

If you want to save some money, then it might be worthwhile to see if the older version is available for cheaper. The Canon Rebel T8i has a 24.1-megapixel CMOS sensor, the DIGIC 8 image processor, the videos are 4K UHD up to 24 fps, and 1080p full HD up to 60 fps.

The camera was launched in the spring of 2020. It has a 3-inch fully articulating touchscreen, 4K time-lapse, 7 fps bursts, a microphone input, and wireless connectivity round out the features. With the touchscreen interface using the camera is intuitive.

The 45-point all-cross-type autofocus mechanism is great. The camera has face and eye recognition that improve the focus. Its new metering system also adds Face Detection tracking to viewfinder photography, which is an uncommon feature for DSLRs.

A new addition to a camera of this sort is the vertical video shooting feature. Canon is attracting vloggers by allowing simple uploading to Instagram, Facebook, and Tik Tok. And if you’re looking for a professional camera to step up your social media game, this camera is right for you.

2. Nikon Z50: The best introduction to a mirrorless camera for professional beginners

Mirrorless cameras are different from DSLRs because they do not use a physical mirror to capture an image. In a mirrorless, there isn’t an optical viewfinder.

Here, the imaging sensor is always exposed to light. It gives you a preview of the image on the electronic viewfinder (EVF), which is often an LCD screen on the back of the camera. Due to this mechanism, mirrorless cameras are more lightweight and compact.

As there is no physical movement to capture an image, the mirrorless cameras are quieter than other cameras. If you are focusing on video mirrorless perform better than DSLRs.

As an introduction to a professional camera, the best mirrorless camera for you would be the Nikon Z 50. The Z50 from Nikon is compact and lightweight. It has a fantastic build and a grip that naturally fits in your hands.

The camera will be easy for you to handle. The screen can only tilt out and flip up, though isn’t completely flexible. Nikon’s menu system is simple and easy to navigate, the touchscreen makes it all easy.

The camera has a 20.9-megapixel image sensor and a high ISO of 51200 that produces clean noise-free images. The camera can be bought with or without the kit lens. The kit lens is good enough for most uses.

The camera’s photos are very crisp, and it’s well-suited to shooting in low-light situations. The camera’s focusing mechanism is dependable, and it does an especially good job of following moving things when shooting video in 4k or FHD.

You can easily transfer photos and videos to your phone via Wi-Fi or Bluetooth and the Nikon SnapBridge app.

Fujifilm is another mirrorless camera with a 3.5 Fully Articulated Screen that is perfect for vlogging. You can shoot movies in full HD, and the video quality in 4K is good as well.

The X-T200 has an attractive look. Fujifilm cameras have a signature look that is different from other cameras. We like the autofocus mechanism that tracks fast-moving things and maintains them in focus to produce an excellent image quality.

If you like burst photography, it can shoot up to eight photos per second, which is respectable, though clearing the buffer takes some time.

It features a new vari-angle touchscreen, a high-speed APS-C 24.2 Megapixel CMOS sensor with copper wiring for improved performance, and an intuitive user interface that delivers professional quality with ease and familiarity of a smartphone. The camera is lightweight with a weight of 370 grams.

The way it is different from the Nikon Z 50, it that it features a higher megapixel sensor and produces better image quality. The video stabilization, which is particularly important if you’re vlogging, is much better with the X-T200. This camera is more compact offers more features at a higher value for the money.

The camera comes with a 3.2-inch tilting touchscreen, digital stabilization, weather sealing, headphone and microphone connections, and wireless networking round out the features.

The camera provides a bit more than what most entry-level cameras would offer. If you are looking to find a camera that can be both good for beginners, and capable enough for you as you master the ropes of digital photography, then this is the right camera for you.

The Nikon D7500 has the same speed and power as its flagship but at a much lower price. The video functions on the camera are impressive. It provides electronic video stabilization at 1080p.

It also provides customers with an appealing option to get the most out of the D500 without paying the hefty price tag.

As opposed to Nikon D7500, which is a step further from entry-level cameras, the Panasonic LUMIX FZ80, is right outside the door, and this is a good thing.

The FZ80 is a 60x optical zoom bridge camera. It is an upgrade from Lumix FZ72 with a new 18-megapixel sensor, a 3-inch fixed touch screen. It has a great 0.2in 1.7 million dot electronic viewfinder.

Its impressive features include 4K video and many photo modes, Wi-Fi for wireless connectivity and picture sharing, and a capable processor.

The LUMIX FZ80 isn’t going to have all the features of a DSLR, but it still offers a good experience. You will not have to be bothered about lenses and mounts; the lens comes fixed.

The camera has an optically stabilized 20-1200mm (60X) LUMIX DC VARIO lens. The full range long zoom lens manages 20mm wide-angle pictures of breathtaking landscapes, and amazing 60 times zoom to capture far-off moments, the FZ80’s lens brings it all together. The autofocus on this camera is also impressive.

It has almost everything you could want in a bridge camera at this price point and comes highly recommended.

The Sony A6400 is a mid-range mirrorless camera with a 24 Megapixel APSC sensor, 4K video and powerful autofocus tracking. The touchscreen flips up by 180 degrees. Announced in January 2019, it’s the official successor to the A6300.

This is a great camera to upgrade to from having only used smartphones. The Sony A6400 produces high-resolution 24 Megapixel pictures and 4K video.

Improvements to the autofocus technology mean it will follow and remain focused on targets better than any other camera in its price range, whether you’re shooting stills or video, and its rapid burst speeds mean you will not miss out on the action.

Like smartphone cameras, this camera has touch focus as well. It is an incredibly powerful camera with a compact form.

7. Pentax K-70: a solid camera for beginners plus

Pentax is known for not treating its entry-level cameras any differently than its pricier heavyweights. The K-70’s rugged build is beyond compare to any other entry-level model, and that is why we could not leave this one out of our list.

The camera has great weather sealing, and quite frankly this camera can last you a lifetime, if it is handled properly, of course, it is not a GoPro, still a DSLR.

The Pentax K-70 comes with a 24MP image sensor, a Vari-angle display and in-body image stabilization. You can transfer images and video clips to an Android or iOS device via the Ricoh Image Sync app as the Wi-Fi is built-in.

The camera is compatible with the APS-C lens library, which you can find a lot on the second-hand lens market. It can work with old Pentax lenses.

If you’re really focused on video, this might not be the right camera for you, but the build quality is unparalleled.