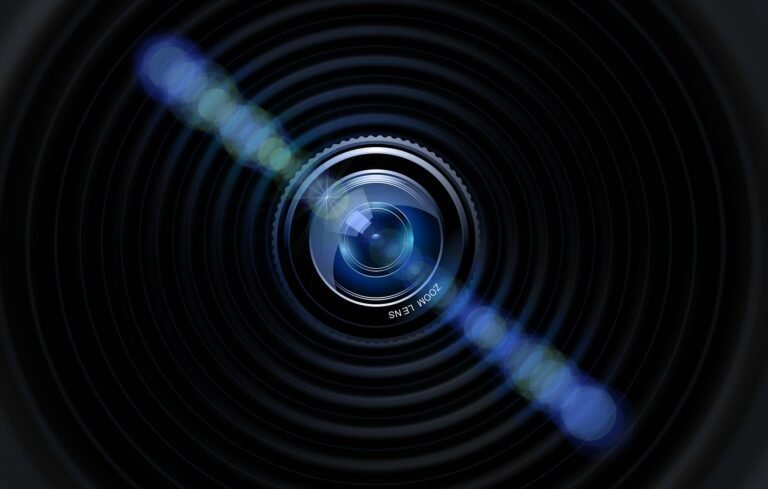 Once upon a time, budget cameras were bad. There is really no other way to put it. But, with camera manufactures innovating new technology and introducing new features year after year, all this innovation and development trickles down to their entry-level segment as well.

Today, a beginner photographer can expect a budget camera to pull some real weight. And without a doubt, the entry-level is a crowded spot. The bad thing about this crowd is that the consumer is now more confused than ever.

Nevertheless, two cameras from two top camera makers: Canon and Nikon, lead the segment for many years now. This article will compare the Nikon D3400 and Canon EOS Rebel T6 (also called EOS 1300D) and will recommend which one you should go for.

The entry-level segment starts at a low price point but it is a huge money-making segment for the manufactures. People with entry-level cameras far outnumber those with more professional models.

The manufactures also pay a lot of attention to make sure these cameras are really good because chances are that you will remain loyal to the brand you get started with. This makes the segment really exciting for both, the makers and the buyers.

Canon’s Rebel line of cameras, and more specifically, Rebel T6 has been a winner. But so has Nikon’s D3400. The cameras have a lot in common, but it is the subtle and small differences that make one camera better than the other. In this article, we will explore these differences in depth.

Let’s get started with the specification and see how they compare on paper. The Nikon D3400 is a 24.2 megapixel camera. The Canon Rebel T6 has a lower resolution of 18 megapixels. Both cameras have an APS-C type sensor.

Another important feature to compare is the ISO. The ISO range decides how well your camera can perform at different light conditions, especially low light. The Nikon D3400 has an ISO range of 100-25600 while the Rebel T6 has an ISO range of ISO 100-6400, expandable to 12800.

Although Nikon has a higher ISO range, in reality at any point above 3200 the pictures are going to be riddled with noise on either camera, so it’s really a specification point, rather than an actual advantage. The pictures you would get from both these cameras are similar, and we see a better color reproduction with the Rebel T6.

In terms of battery life, the D3400 is a clear winner. The battery on the Nikon outlasts the Canon by two times. While the Rebel T6 will shoot 500 pictures in a single charge, the D3400 can shoot 1200. That is a big factor if the battery is going to be your priority.

Both cameras max out at 1080p, no 4K here. But it should be enough for most usage. The D3400 can shoot 1080p at 60fps. A higher frame per second means that if you like to apply slow-motion to your videos during post-production, it comes out better.

The Canon Rebel T6 can only shoot 1080p at 30fps. If you want 60fps, then you will have to shoot at 720p. Apart from the slow-motion possibility, the difference is not that much. Both cameras do a good job of focusing during the video.

Unfortunately, the Canon does not feature autofocus in video mode. This is a real pity, as Canon has a great auto-focus feature on its other cameras. This means that you would have to manually focus while you shoot the video.

You can focus by half-pressing the shutter key, but well-performing autofocus would be great. The D3400 on the other hand has autofocus during video mode as well. So that is a plus for Nikon.

In terms of design, the cameras look similar. Both the Rebel T6 and D3400 are well-built cameras. But in comparison, the Canon feels a little sturdier.

The cameras have their standard placement of the controls on their body. The D3400 is almost 100 grams lighter than the Canon, a lighter camera is easier to carry around.

Nikon has also integrated an in-camera shooting guide with the user interface. As a photographer would go through the features there are small tips and explanations as to what tweaking the controls would do.

While this is not necessary for all cameras, but for a beginner photographer, these are really helpful. However, to be fair, a 100-gram difference is not noticeable after you get familiar with the camera.

The kit lens on the Rebel T6 performs better than that on the D3400. Optically, they are the same, but the kit lens on the Nikon has a button you need to press to start shooting with the camera, it’s just a Nikon thing, but it’s difficult to see why they have it there. A little annoying.

With beginner cameras, the Auto-Focus is not going to be important. The autofocus feature assists the photographer in identifying the focus of an image. It is suggested that you get a camera with more focusing points, although this function is typically reserved for higher-end DSLRs.

Nikon’s D3400 camera has up to 11 AF points. It allows the photographer to employ a single point at a time, a collection of points for a single shoot, or have the camera activate points as the photographer focuses on his subject.

However, the Rebel T6 outperforms D3400 with its built-in AE bracketing. This makes shooting in tough lighting conditions easier.

The flash on the Canon performs better than the one on Nikon. With the D3400, the flash keeps popping up when you’re shooting on auto even when it is not needed. The Canon flash lights up the frame better.

When it comes to the viewfinder, we must say that both cameras lose. The viewfinders are fixed, and you cannot flip them out. They are LCD screens, and both do not have touchscreens.

The camera connectivity for the Nikon is Bluetooth powered Snapbridge. Which is okay, not great. The Canon works with Wi-Fi, and it also has NFC. If you like to upload pictures on social media, the Rebel T6 makes it much easier.

The Canon T6’s Wi-Fi connectivity allows you to send photos from the camera to your smartphone and control the camera remotely from your phone.

The Canon Camera Connect app, which is available for iOS and Android, handles everything. If you have a phone with NFC then having a Canon Rebel T6 is going to make your life so much easier.

The SnapBridge on the D3400 is Bluetooth-based and is mostly used for image sharing to your smartphone. It takes a few minutes to sync the camera’s Bluetooth with your phone’s.

The feature isn’t comparable to a Wi-Fi or NFC enabled transfer. The Rebel T6 fares much better when it comes to connectivity.

The Nikon is a great entry-level camera. In comparison to the Rebel T6, it offers a higher megapixel, a better battery life, higher ISO range and better video capability.

The Nikon is lighter, but the Canon feels sturdier, and you would be happy to know that your camera will survive a fall. The Nikon, for some reason, does not have a sensor cleaning function built into the camera. This is strange.

What Rebel T6 does better than D3400 is in being an easy-to-use camera. A difference of 2 fps in burst mode, a slightly lower ISO range, and a lower fps at 1080p is not going to matter if you’re carrying an entry-level camera anyway.

Sure, Nikon has a higher megapixel count than Canon, but for someone who is not a professional photographer, it really does not matter. If you look at the photos, you won’t be able to tell the difference.

Despite the D3400 looking better on paper, the Rebel T6 is still the better camera. A digital camera is quickly becoming like any other gadget, and it should work well with other devices that a consumer might have.

The Rebel T6 is more fitting for the modern world. The Rebel T6 has a better connectivity feature with its in-built Wi-Fi and NFC. The Rebel T6 will make it easier for you to transfer your photos and share them with your friends and family.

Additionally, the Canon kit lens, which is slightly better too, and is cheaper than the Nikon if you add the price for the lens. Overall, the Canon Rebel T6 offers a higher value than the Nikon D3400, the rebels win!