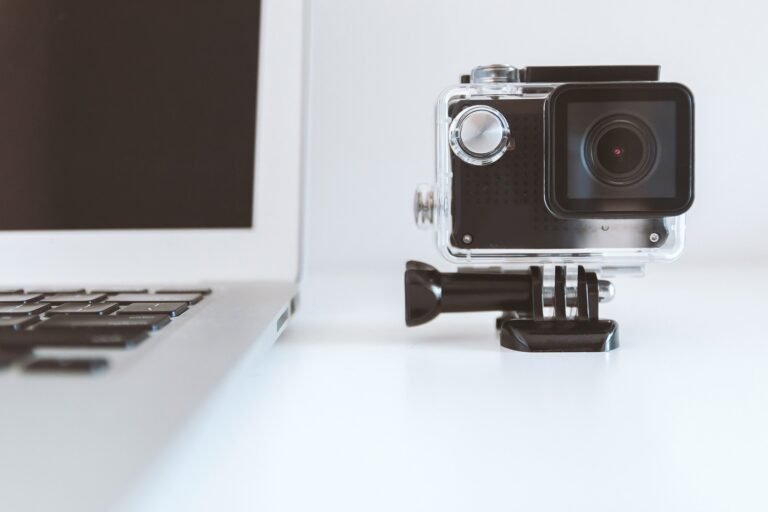 The action camera market is an exciting place. On one side you have the behemoth presence of GoPro cameras, on the other side, you have budget options that can offer the same features at a fraction of the price.

In this reality, if you’re an enthusiast of action cameras, and would like to record your adventures, you have a difficult choice to make. Do you want to go the marketed route and get a GoPro, or are you patient enough to check if their price reflects the value they offer?

In this article, we will discuss GoPro cameras and an attractive alternative, the Monster Digital Villain. Let’s get started.

Monster Digital’s Villain camera can shoot 1080p videos at 30 frames per second. If you want 60fps, then you will have to shoot at 720p. It comes with a CMOS sensor that is 5 megapixels, but the camcorder interpolated photo resolution is 12 megapixels.

The camera comes with a floating waterproof case and mounts for helmets and surfboards. With the waterproof floating case, you can take it up to 98 ft. It has a 2-inch LCD that is 480 x 240 resolution. It works with a MicroSD card and can support up to 32 GB. The battery is a 1200mAh rechargeable Lithium-ion battery.

The camera has a Wi-Fi option that can help you connect it to your phone as well. To add to that, all the mounts and accessories that you would want with an action camera comes included in the package, including a memory card.

The camera can record widescreen photos and videos, its maximum view angle is 140 degrees. Exposure and white balance settings are set to automatic, which is a good thing.

The camera is designed to be mounted and used without having to worry about tweaking the settings. It can also record the timelapse videos that action cameras are famous for.

The Monster Digital user interface is straightforward. It has main buttons on the top. The Wi-Fi button is on the side, and the other side has ports for cables. You use the power/mode button on top to get to the mode you want to shoot it, and that is pretty much it.

Monster Digital also sells another camera called the Vision. The specifications are better with the Vision camera. It is like an upgrade to the Villain.

The most amazing feature of Monster Digital cameras, however, must be the price. They sell for a fraction of what GoPro cameras go for, around $125. Even if you are to buy an older GoPro model, like the Hero 7 Black, then you would still have some money to spare.

GoPro has been listening to its consumers and has been updating its cameras with much-wanted features. GoPro’s newest camera, the GoPro Max, is an example. However, GoPro offers a wide selection of cameras.

Older versions, like the Hero 7 Black are being phased out while newer models are favored. However, these older versions are still widely available in the market and on the internet for much cheaper.

GoPro Hero 7 Black is as far back you can go to find an older model. Though you may get your hands on the GoPro session as well if you look hard enough. But that will require a whole lot of luck.

When we discuss GoPro Hero 7, we will understand just how much GoPro has excelled in producing action cameras. Yes, the products are more expensive, but the fact is that they offer a lot more.

The GoPro Hero 7 can shoot 4K videos!  The camera has great software features such as Time Warp and Hypersmooth stabilization. And these features have only gotten better with subsequent models that the company has released.

Because this model is much older now, you can pick it up at a lower price. This older GoPro model offers much more than Monster Digital Cameras.

The GoPro Hero 8 Black costs about $300. It has GoPro’s Hypersmooth 2.0 technology. Hypersmooth stabilizes your camera footage and includes three settings:

On, High, and Boost. It enables you to capture movies that are equivalent to gimbal-stabilized ones when skiing, walking, bicycling, or engaging in any other activity that requires you to move a lot.

The GoPro Hero 8 is equipped with a 12 MP CMOS sensor with RAW output. The user interface is a 2′′ touchscreen. You may capture movies in 4K resolution at 60 frames per second.

It is waterproof to 33′ without housing and may be protected with a cover for further security. Bluetooth is used for connecting with a phone. All of these features are fitted into a sleek design.

The GoPro also includes a front display that allows you to monitor how much time you’ve spent filming. The stabilization function is quite useful for creating high-quality videos.

The GoPro video performance is impressive given the camera’s small size. It boasts excellent picture stabilization and can shoot 4K at a variety of frame rates. It can also record 1080p movies in slow motion at 240 frames per second.

By the time we get to Hero 9, it is unfair to compare it to any other GoPro alternative, much less the Monster Digital. Nevertheless, we should know what is in store for other action cameras.

While the GoPro Hero 9 has a similar image quality as that of Hero 8, many things around the camera have significantly changed. It is important to state that the newest GoPro action camera has established a new standard for the whole category.

Let’s start with the 1.4″ Color LCD with Live Preview front-facing screen, which allows you to see what you’re recording.

However, in addition to the increased specifications, the price has risen to about $350. Add some money for the accessories that you will need, and you’ve got yourself an action camera that will cost you approximately $500.

Monster Digital action cameras are a good value for money. However, GoPro has excelled in new product development. Their new range of cameras is beyond compare.

If you are on a budget, or if you need a camera to use as a dashcam, and there are no other uses for it, then perhaps Monster Digital is still a valid choice. Apart from that, the GoPro is a far superior choice.

Monster Digital makes a compelling case for all other GoPro alternative cameras. If the alternative brands could provide basic updates in photo and video quality, they could still compete with GoPro.

GoPro is an established brand, and its cameras are always going to be more expensive. But if Monster Digital, or other alternative brands, can produce cameras like the Villain or the Vision but with more up-to-date specifications, then they can give GoPro a real run for their money. But, until that happens, GoPro camera’s win.

It also does not help that Monster Digital has not released a new camera for a few years now, and that means that you will not receive any support from the company for repair or accessories.

If you are on a budget, and you do not want to get a GoPro, you are better off looking for other budget options such as SJCam.