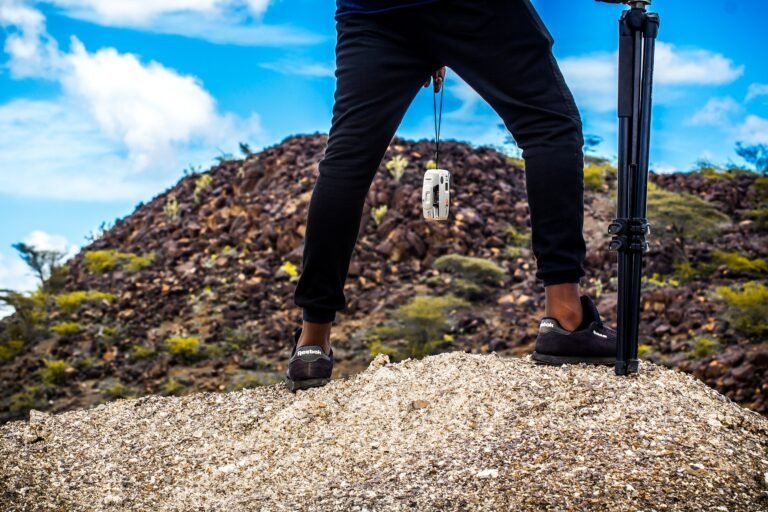 Trail Cameras, also called game cameras, are basically remote cameras. They are hardy gadgets that are motion-activated to record still photographs and videos. A trail camera is a tough, weatherproof camera that is meant for lengthy, unsupervised outdoor use.

Hunters, farmers, ranchers, and wildlife experts use the photos which are captured automatically when motion is detected, for game monitoring.

Trail cameras are also used in sports photography. If you followed the recent Olympics, you would be surprised to know that many amazing sports photographs are taken by cameras that work in the same way as trail cameras. The same is true for many wildlife photos.

Modern trail cameras are designed to take pictures at night without throwing a sudden white flash. Old fashioned bright flashes have been known to spook the animal.

A trail camera can produce photos and video clips with good details. They are equipped with super-fast trigger speed. Trail cameras emanate a beam of light when taking a picture, but this beam is outside the visible spectrum of light.

The camera can see the light, but humans and animals cannot perceive this light. This way, the animals are not suddenly shocked by a bright flash out of nowhere.

During the night, however, the cameras shoot black and white pictures. A lot of ecologists and wildlife experts use trail cameras to set up camera traps for animals.

When you are buying a trail camera, there are many options to choose from. You can choose between different connectivity options such as Wi-Fi or Cellular.

Given that these cameras are primarily designed for remote use, a cellular connection is the most appropriate. You could do with a Wi-Fi-enabled camera if you live in a rural area and you want to keep an eye on your property.

Apart from connectivity options, you will face a choice between a ‘no glow trail camera’ and a ‘low glow trail camera’. This article will mostly discuss the differences between these options, and you can conclude which one is the best for you.

When you are looking for a good trail camera, there are a few things you should consider. The first and the most important feature is how sturdy the camera is.

The trail camera will be left alone in the wild for weeks and even months. During this time the camera will experience extreme weather conditions.

If the camera is not built to withstand this, your effort in setting up the camera, and your money is wasted. The exterior of the trail camera must be discreet.

If your camera does not blend with the surrounding, then animals will recognize it as a foreign object and steer clear of it. This will defeat the purpose of setting up the camera.

The picture quality of nighttime shots is going to be monochrome, but you can observe a lot of activity during the daytime as well. So, make sure your camera performs well in well-lit conditions. Choose a camera with good audio recording capability as well. A fast trigger speed of 0.5 seconds is the industry standard. This fast trigger speed will ensure that you will not miss out on any important moments.

You need to avoid cameras that make a sound or those that do not blend well into the environment. If your camera is not waterproof, then there are chances that rain will damage the camera.

Battery life is important as well, a long battery life will save you the trouble of going and getting the camera to replace the battery frequently.

While a higher megapixel may give you better pictures during the day, during the night megapixel count does not really matter when it comes to Trail cameras.

It is critical for a wildlife trail camera to have a no-glow infrared to avoid startling animals. Additionally, the camera must be unobtrusive both in look and operation. It should not make sounds that would frighten the animals, and it should camouflage during the day.

A low glow camera uses a light that is a lower frequency of Red, as the name suggest this is not going to be a bright visible red light, but much milder, and just enough for the camera to take a picture. A low glow is not as inconspicuous as a no glow camera.

Let’s look into an example of each to better understand a low glow and a no glow camera.

The Stealth Cam Unisex’s DS4KMAX is a highly rated no-glow trail camera. The camera comes with dual sensors. One sensor is for daytime shooting, and the other is for nighttime.

The camera is easy to set up. It has amazing video quality and has a fast trigger time. The DS4KMAX with Range Control adjusts the trail cameras triggering distance for short and long-range situations. The camera can shoot with 32MP and 4K Ultra HD.

The camera uses 42 no glow LEDs to illuminate night images. This light is enough for the camera to successfully capture photos and videos at night. The No-Glow flash does not disturb the wildlife.

In contrast, the Bushnell by Primos Prime Trail Camera shoots with a Low Glow flash. Some users call a low glow camera a red glow trail camera too. This is because the flash is going to be a red-light beam of the low spectrum.

The low glow Bushnell is a highly rated camera as well. The Bushnell is popular with outdoor and wildlife enthusiasts. The camera has a 24-megapixel resolution, 80 feet night Range, 0.3s Trigger Speed. It can shoot1080p at 30fps video with audio. It is a good trail camera overall.

A low glow camera is brighter than a no glow camera. Most low glow camera’s use IR LED. While the lights do not bother the animals, sometimes a faint red glow can be detected from distance. Animals cannot notice the flash unless they are gazing straight at the camera at the time of lighting.

The exact specifications of a trail camera are going to determine how useful you find it. When it comes to flash, good quality no glow trail camera is better, as there is a lower chance of detection.

A low glow or a red glow camera can be detected by the animals in some cases if they look directly at the flash source, although the chances of this happening are rare. A definite benefit of a low glow camera is that you get some illumination on your subject.

However, the image is not going to be dramatically different than the one you would get from a no glow camera that is using invisible IR light.

When you just cannot afford to miss a shot, the greater wavelength of the No Glow option is essential. However, the lower-cost Low Glow option is likely to be more than adequate for catching nighttime wildlife activity in the wild.

If you would rather have better high-quality nighttime pictures, then there is another type of trail camera flashes, this use either white LED light or incandescent light.

They produce a color image that clearly displays the type and size of the animal in more detail. If you like to view the real color of the animal, a white flash camera is a better option.

The flash, which is similar to that of a digital camera, produces clear nighttime photos. The downside of using this camera is that it might frighten the animal, and it will drain more of the battery power.

Trial cameras, while designed for the outdoors and the wild, can be a good home surveillance device. You can use it as a security camera outside your home, or in your backyard as well.

When using a trial camera as a security camera, there are some advantages. Most Wi-Fi cameras are easily detected by people. A trail camera can be harder, or even impossible for a passerby to detect.

If you plan to use a trail camera for such a purpose, a no-glow flash is recommended, as this flash is invisible to the human eyes. It is also called a black flash sometimes.